2.  The standard sails will be supplied by Elvstrom Sails. 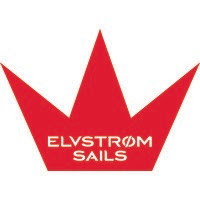 The company was founded in 1954 in Denmark by Paul Elvstrom, who started with a single sewing machine in the basement of his childhood home. When he passed away in 2016 (in the same city where he was born) Elvstrom Sails had become an important player in the sailmaking industry, with over 100 people employed at the Danish headquarters and four subsidiaries in England, Norway, France and Mallorca, Spain, with franchises all over the world.
Founding in 1954 technically makes them one of the oldest sailmakers in the world, something they are very proud of. That red crown logo has been around since the very beginning.

Learn more about the new OCEANIS 46.1 from Beneteau