In the new Figaro 3, Groupe Beneteau is producing the first series-built production monohull with foils. It is a strong message that is sure to have a knock-on effect, both for racing and yacht production. 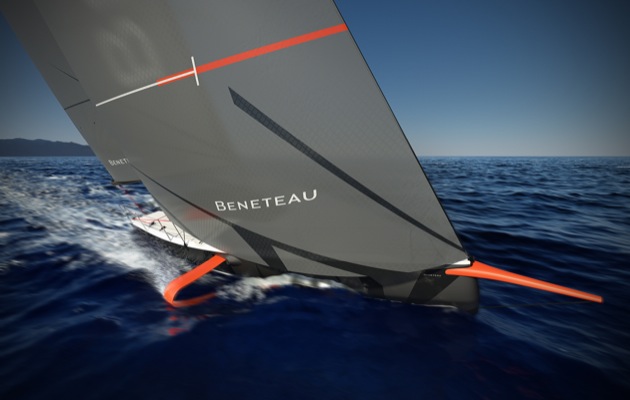 For those in any doubt as to whether foiling will make it into mainstream sailing, news that Beneteau is to produce a radical new one-design Figaro 3 fleet with foils should put this question to rest.
Beneteau unveiled renderings of the Figaro 3, the first production-built monohull with foils at the Paris Boatshow in December. Leading French design firm VPLP has drawn a contemporary looking race boat, but it is the parts sticking out of the sides like spiders’ legs that are causing a real stir.